The first generation Corvette was introduced late in the 1953 model year and ended in 1962 and is known as the C1 Corvette. It was often referred to as the “solid-axle” models because the independent rear suspension did not debut until the 1963 Sting Ray model. 300 hand-built polo white Corvette convertibles were produced for the 1953 model year. The 1955 model offered a 265 cu in (4.34 L) V8 engine as an option; however, the first seven off the production line featured the standard “Blue Flame” Inline-6. Early production Corvettes were also fitted with the Chevrolet Powerglide two-speed automatic transmission.

A new body was introduced for the 1956 model featuring a new “face” and side coves; the taillamp fins were also gone. An optional fuel injection system was made available in the middle of the 1957 model year. It was one of the first mass-produced engines in history to reach 1 bhp (0.75 kW) per cubic inch (16.4 cubic cm) and Chevrolet’s advertising agency used a “one hp per cubic inch” slogan for advertising the 283 bhp (211 kW) 283 cu in (4.64 L) Small-Block engine. Other options included power windows (1956), hydraulically operated power convertible top (1956), heavy duty brakes and suspension (1957), and four speed manual transmission (late 1957).

The 1958 Corvette received a body and interior freshening which included a longer front end with quad headlamps, bumper exiting exhaust tips, a new steering wheel, and a dashboard with all gauges mounted directly in front of the driver. Exclusive to the 1958 model were hood louvers and twin trunk spears. The 1959–60 model years had few changes except a decreased amount of body chrome and more powerful engine offerings.

In 1961, the rear of the car was completely redesigned with the addition of a “duck tail” with four round lights. The light treatment would continue for all following model year Corvettes. In 1962, the Chevrolet 283 cu in (4.64 L) Small-Block was enlarged to 327 cu in (5.36 L) and produced a maximum of 340 bhp (250 kW), making it the fastest of the C1 generation Corvette. 1962 was also the last year for the wrap around windshield, solid rear axle, and convertible-only body style. The trunk lid and exposed headlamps did not reappear for many decades. 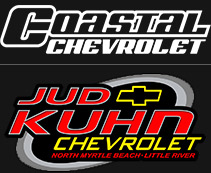